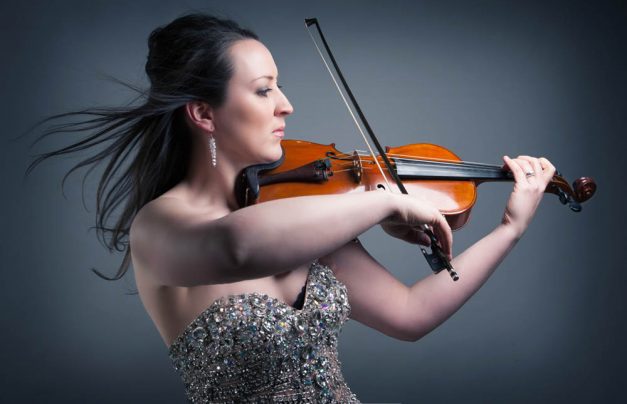 Fiona studied viola at The Guildhall School of Music & Drama, where she obtained a Batchelor of Music Honours Degree, LTCL and a Postgraduate Diploma in Orchestral Performance. She has since enjoyed an exciting and diverse career which has included working with the BBC Welsh Symphony Orchestra, RTE Chamber Orchestra in Dublin, Heritage Orchestra and the City of London Sinfonia. She has played in the Holland Park Opera series for the last three years.

Fiona is a regular face in London’s West End. She has performed in shows such as Les Miserables, Lion King, Ghost, Stephen Ward and The Assassins. She has also toured extensively in Europe and the Uk with the likes of Peter Gabriel, Doctor Who, Tim Minchin and Sam Smith. Other Artists that Fiona has worked with include: Olly Murs, Demi Levato, Jess Glynne, Jools Holland and two Albert Hall performances with Ne Yo and the Stereophonic’s.

Recently Fiona has enjoyed a Radio 1 Live Lounge with Little Mix. She was also part of a string section in a very exciting and unique project which reproduced the first ever studio album by The Beatles at Abbey Road Two, fifty years to the day since it had been recorded. It features many fantastic artists such as Joss Stone, Mick Hucknall, Gabrielle Aplin and Beverly Knight to name but a few. The programme was broadcast on BBC Radio 2 and BBC 4.