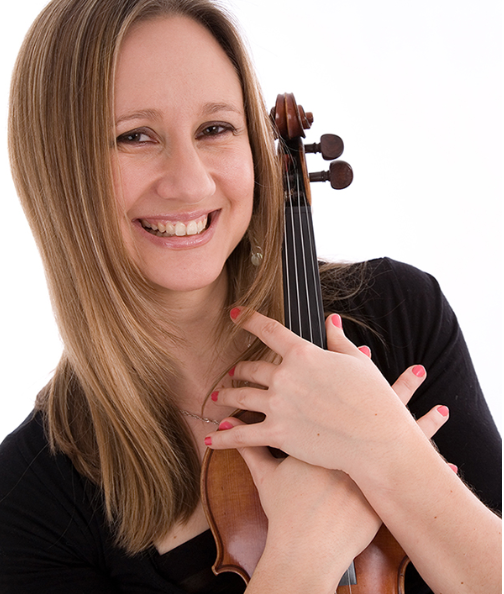 Joanne studied violin at the Guildhall School of Music and Drama under Pauline Scott. She went on to Cambridge University where she achieved a BA/MA in Music and Philosophy. While she was there she studied under Andrew Watkinson, and gave solo and chamber performances.

Joanne has toured the world with the Irish dance show “Spirit of the Dance, playing the lead on stage role. She has also worked in the West End show “Sinatra” and currently plays for the Brighton Philharmonic Orchestra, The Glen Miller Orchestra, English Chamber Orchestra, London’s Belmont Orchestra, Orchestra de Camera and the Apollo Chamber Orchestra.

Joanne has recorded the music for many films including Lord of the Rings and Die Another Day, James Bond. She also wrote and performed the string parts for Souls Stage at London’s Vintage Festival.

You can see and hear more of Joanne at www.joanneviolin.co.uk